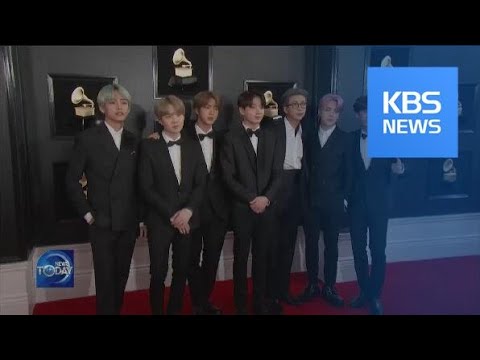 [Anchor Lead]
K-pop mega star BTS has successfully wrapped up its world tour that lasted 14 months and set some meaningful milestones, such as stadium concerts in North Korea, Europe and the Middle East. So what’s next for the K-pop sensation, whose status is even compared to that of the Beatles?
[Pkg]
BTS’s world tour, launched in August 2018, began and ended in Seoul. The K-pop mega star toured 23 countries. They performed at Wembley Stadium in London and Citi Field in New York, and even became the first foreign artist to give a stadium concert in Saudi Arabia.
[Soundbite] SUGA (BTS(WEMBLEY STADIUM CONCERT IN JUNE)) : “We are grateful and honored for the popularity of Korean music, culture and numerous performances, which began in a far-away country of Korea.”
BTS’s world tour drew more than two million fans, attesting to its unrivaled status in the global music market. Billboard’s K-pop columnist Jeff Benjamin, who has been watching BTS since their debut, said the Bangtan boys’ success is comparable to that of the Beatles.
[Soundbite] JEFF BENJAMIN(BILLBOARD COLUMNIST)
After topping Billboard charts and featuring in Guinness World Records, BTS is now poised to win a Grammy, known as the most conservative music award.
[Soundbite] JEFF BENJAMIN(BILLBOARD COLUMNIST)
BTS has also been nominated for three categories of this year’s American Music Awards, which it received last year, becoming the first Korean music group to achieve the feat.