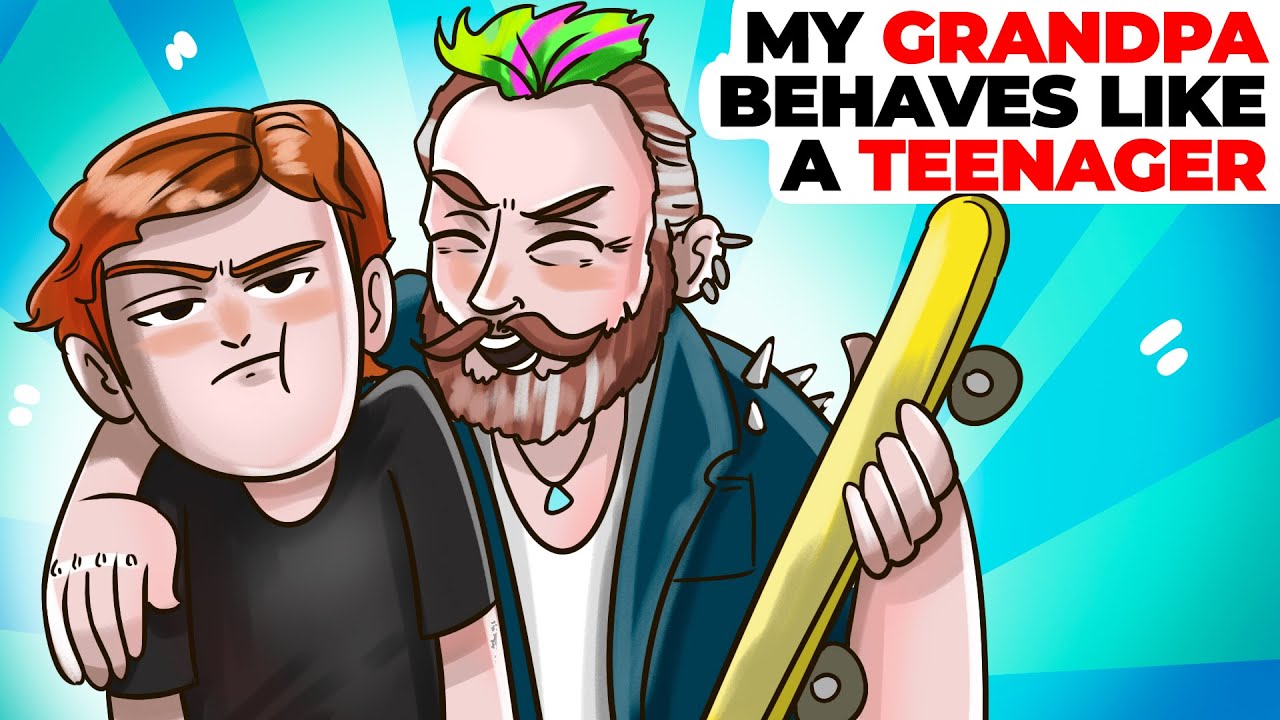 My Grandpa Behaves Like a Teenager | Animated Story about Lifestyle

Many generations of our big family have been living in the Kansas fields and we have a huge farm that we still work on today. From an early age, my grandpa has worked on the farm, and this was reflected in his temper. Due to the great responsibility and hard work, Rufus never had time to enjoy carefree youth, which is why, when he became an adult, he was very serious and strict.
However, the older my grandpa was getting, the more he was regretting about the fact that his youth has been passing by him, and his temper started changing again. Closer to the old age, he began to communicate with me more often and he wanted to be on the same wavelength with young people, so he asked me to present him a smartphone with an Internet connection for his anniversary.
Last year, parents insisted that my grandpa should retire and cease working on the field so as not to destroy his health. This was a real blow for Rufus because he still felt young and full of energy.
He has already been used to working every day, and the forced rest caused real apathy in him. Grandpa often locked himself in his workshop in order to occupy himself at least with something, but soon even there, he ran out of things to do and began to suffer from idleness.
In order to somehow cope with his bad mood and boredom, Rufus was surfing the Internet and reading a lot about everything that interests young people. I was proud of his desire to keep pace with the times and even told about my cool grandpa to my friends from the forum community, which I created together with my best friend Mike.
And soon Rufus has proceeded to action. A few days later, my grandpa came home riding on an electric scooter and wearing fashionable clothes for young people, which made him look really ridiculous. Of course, this did not go unnoticed and all the neighbors did not miss the opportunity to make fun of the new image of my grandpa. We were incredibly ashamed of him, but we decided not to pay attention to his image hoping that this way, Rufus would quickly lose interest in wearing the outfits for youngsters. But then we regretted it.
One day after classes I was, as always, hanging out with Mike and other guys in the schoolyard when suddenly boys noticed a strange freak who was heading straight for us. After looking back, I almost burned with shame because grandpa Rufus was walking towards us with bright green hair and a skateboard in his hands.
He said ´hello´ to me calling my friends and me ´dudes.´ Guys immediately started making fun of me while Mike took out his phone and began filming my grandpa. I immediately tried to go away together with my grandpa, but Rufus did not want to leave our company. Instead, he turned on music on his portable speaker and started carrying out tricks on a skateboard.
As you might have guessed, grandpa fell off the skateboard and twisted his leg badly. It took him several weeks to recover and my parents, as well as I, were sure that this would serve as a lesson for him, but we were wrong again.
While grandpa could not go out, he decided to create an account on TikTok to shoot funny videos. I found out about this only when all my classmates started making fun of me at school. At first, I didn’t understand what was going on, but then Mike showed me a video of Rufus wearing my new tracksuit and trying to rap.
On the very next day, all the people at school were talking about my grandpa and called him crazy. Even my friends started teasing me, including the girl I really liked. As a result, Rufus’s antics made a real laughing stock out of me.
I decided to skip classes in order to avoid the attacks from guys and to have a serious talk with my grandpa. I was really angry and after coming back home, I immediately started yelling at him and said that I was ashamed of his behavior. I explained to Rufus that he would never become a teenager again and that my friends were making fun of me because of his crazy antics. Grandfather just nodded his head and went to his room. I was sure that Rufus would calm down and stop embarrassing me in front of others…