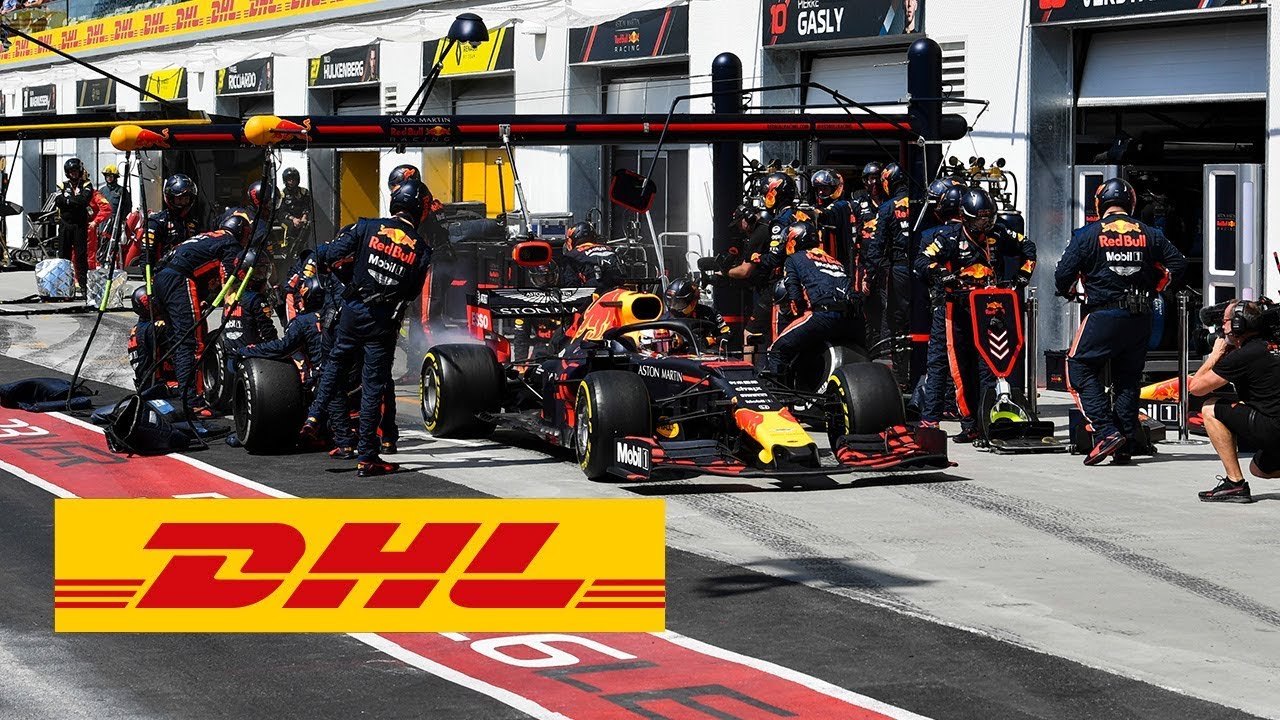 For the third time in the 2019 season, Red Bull have broken the pit stop record. In the Formula 1 Brazilian GP, they serviced Max Verstappen on the first of his three stops in an amazing 1.82 seconds, shaving six hundredths off their own record set at Hockenheim.

It also means that they have wrapped up the DHL Fastest Pit Stop Award for this year. With one race to go, they are now 52 points ahead of second-placed Williams. The stop in Brazil was their eighth DHL Fastest pit stop of 2019 and takes them up to a total of five for the season.

Brazil was perfect for Red Bull in every way, because they not only set a new world record for tire changing. Max Verstappen, starting from pole position, drove an outstanding race, in which he easily held world champion Lewis Hamilton at bay and won with a three-stop strategy.

Verstappen: “It wasn’t easy out there but the team made all the right calls, especially at the end to pit for the soft tires during the safety car which gave us the win today.” In addition to the record stop, the team put in the third quickest (2.12 seconds) and fourth fastest (2.17 seconds) of the race. Despite working under the mounting pressure of the battle for position on the track, they didn’t put a foot wrong.

“As a team you always try and make everything perfect,” says Verstappen. “I focus on my job, and the team also try to do a perfect job in the pits and on the strategy, and clearly today it worked out pretty perfectly.”

About this channel:
Welcome to the official YouTube channel of DHL, the global market leader in the logistics industry and The Logistics Company for the world. In our videos, we guide you through our work space and show you moments of achievement and innovation with our partners. Hit the subscribe button now, stay up to date, and gain exclusive insights.